Lorenzo Romano Amedeo Carlo Avogadro, conte di Quaregna e Cerreto or as we know him, Amedeo Avogadro, was born on August 9th, 1776 in Turin, Italy. His father, a lawyer turned senator in Italy, Avogadro began his education in the pursuit of law. Avogadro earned his law degree in 1792, but did not start practicing until four years later when he earned his doctorate. 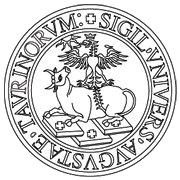 It took Avogadro until 1801 to explore physics and mathematics- where he flourished. He became a member of the Turin academy of Sciences in 1804. In 1809 he was appointed head chair of Turin’s first chair of mathematical physics, where he would be until 1820. Due to political unrest, the university closed, and Avogadro lost his chair in 1822. It wasn’t until 1834 that he would be reappointed.

Avogadro was most well-known for his startling hypothesis that gases at the sam
e pressure and volume would contain the same amount of atoms. Originally created in 1811, it wasn’t until after his death that the notion started gaining gravity. In his writing, the words ‘atom’ and ‘molecule’ were used interchangeably. He established three separate molecules: molécule intégrante, molécule constituante, and molécule élémentaire. These correlate respectively to compound elements, molecule elements, and atomic elements.

He used this theory to support Gay-Lussac’s law of combining gases which was established in 1808. This was also related to John Dalton’s theory of atomic structure, but Dalton himself rejected Loussac’s law. Avogadro argued that this was a useful tool to understand how molecules interact.

Interestingly, Avogadro discovered in 1824 that the specific heat of a gas was proportional to the square root of its “attractive power for heat” (x). From there, he calculated what he called a gas’ “affinity number”. He did this by dividing an element’s affinity number by his established standard (Oxygen- 0.8595). In a period of seven years, he wrote four memoirs that considered density and calculated specific affinity numbers for the elements. This wasn’t widely regarded as useful by scientists of that day, but shows how scientific thought works. It doesn’t always provide true facts or laws, but it does show that mistakes and off-beaten paths are just as important.